A late 19th century reconstruction of the ruined Norman castle on the site, by William Burges, architect to the Third Marquess of Bute.

Detail of the Stadium under construction.The Stadium opened to host the 1999 Rugby World Cup when Wales played Argentina. 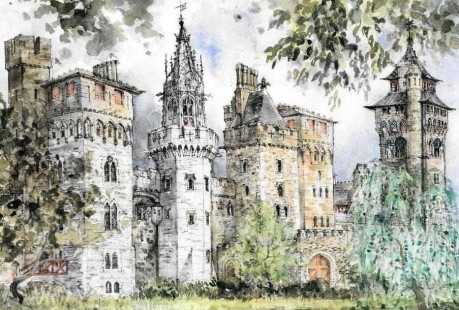 Although dating from Roman times with additions over the Centuries, the Castle we see today is a late 19th century restoration by William Burges and the 2nd Marquess of Bute.

1924-28, designed by Sir Ninian Comper who said that he was inspired by the ruin cities of Tunisia.

The Pierhead building opened in 1885 and was designed by William Frame, William Burges’s chief assistant, hence the similarities to Cardiff Castle and Castell Coch.

The City Hall 1901-5 was designed by Lanchester Stewart and Rickards. The practice was the winner of an architectural competition. 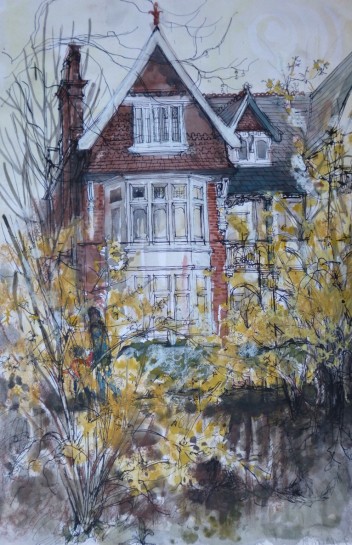 Facing the Roath Recreation Ground, the houses in Ninian Road date from 1891 and completed 1910. 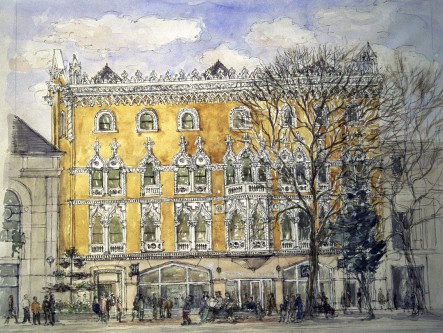 ‘GAP’ was originally Queens Chambers, 1878 designed by C.E Bernard. As the Glamorganshire Canal passed under Queen Street nearby, it seems he decided to design the building in the style of a Venetian Palace. 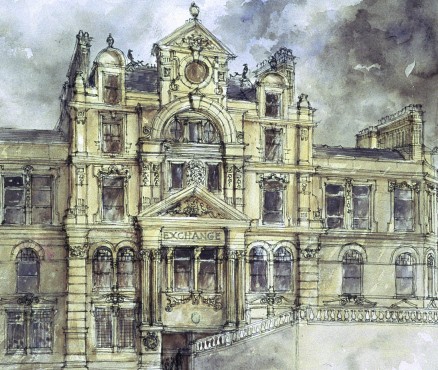 The Coal Exchange 1884-8 designed by Edwin Seward. In front, the hideous entrance to an underground car park built when it was (wrongly) anticipated that a National Welsh Assembly would be established there.